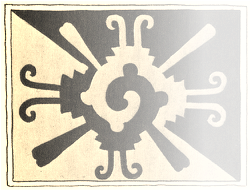 My name is Joseph Dignon and I have been composing and recording music since a very young age, and I am currently embarking on a pathway towards a career in the occupation and vocation of music composition. My music is broadly defined because it stems from many different roots, one being a traditional classical intrumental and choral background, and another being in contemporary alternative rock, and the third coming from a studio engineering and electronic production background. I am currently studying a Bachelor of Music majoring in Composition at the West Australian Academy of Perfoming Arts (WAAPA). I am preparing to explore elements of jazz, classical and modern electronic music, whilst adding to my repertoir and honing my skills as an alternative rock composer. Eventually I would like to be involved with composing music for film as well as work towards becoming an international touring artist in some way shape or form. I have played in the perth alternative rock band Over Unity for several years, during which time we have released a debut EP entitles "Collide the Space" which I recorded, and which i did all the mixing and production for to create a proffessional sounding end product. Due to lineup changes the band has not toured to promote the first EP but after 2 years and 2 drummers, we are currently working on a second EP, one that is sure to burn our mark onto the local scene and take us to the national stage.